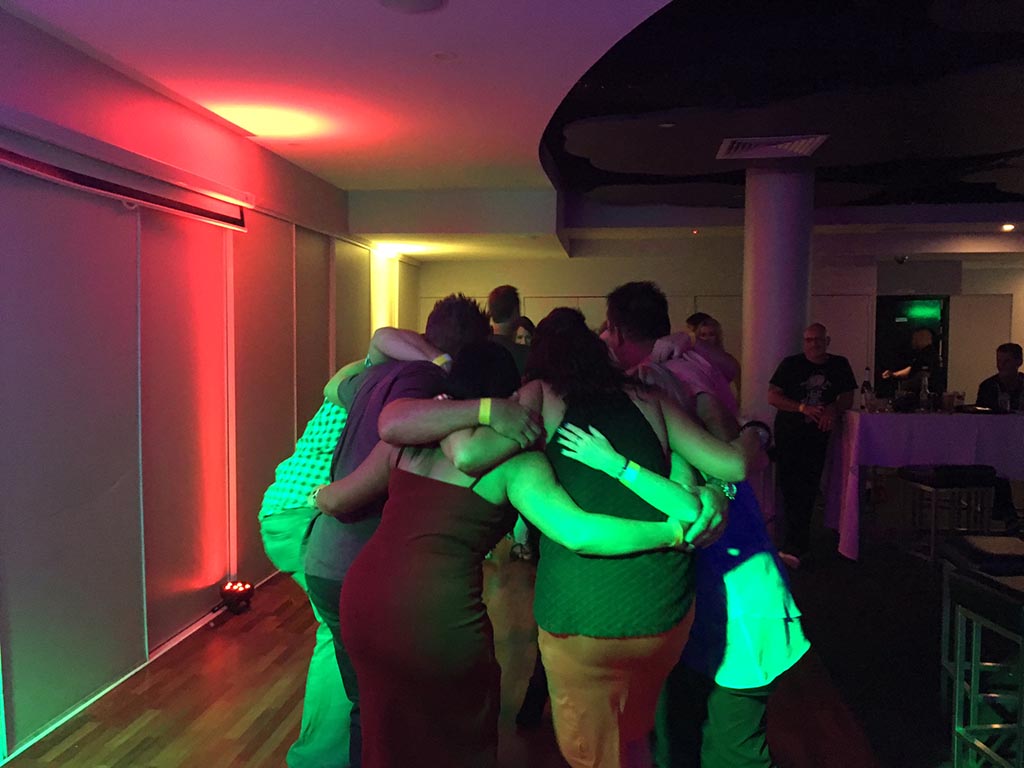 Tonight’s gig was a Xmas Party for a Construction Company based in the Redland Bay Area. This particular client contacted me after looking for a DJ that would make their night fun with a great range of music from Oldies right through to today’s Modern Hits – as they had approximately 90 – 120 people coming and they were all different age ranges.

The function was held at Cleveland, at the Fiction Bar – and interestingly enough I wasn’t able to use my speakers on the night – I had to plug into their speaker system. Something I am not usually a fan of as it can sometimes make your night harder when you can’t control proper volume levels, but some venues have a Noise Restriction and you have to use their system.

Anyway…. So the start of the night was good. Everyone arrived and enjoyed their Food & Drinks, and it wasn’t until about 9:30 – 10:00pm that everyone really started getting into the dancing. I played mostly R & B Old School that night, all the old fun songs like Flo Rida – Low, Usher, Ice Cube, and then – somehow went into the 80’s and even played True Blue?! (I think there was some meaning behind this as the Owner of the Business really liked this song!)

But everyone had such a FUN night, it was great to see everyone on the dance floor hugging their arms around each other singing their favourite songs together. They actually didn’t want to stop! I had to ask the Security Guard if I could play 1 or 2 more songs after Midnight just to end the Xmas Party on a high!