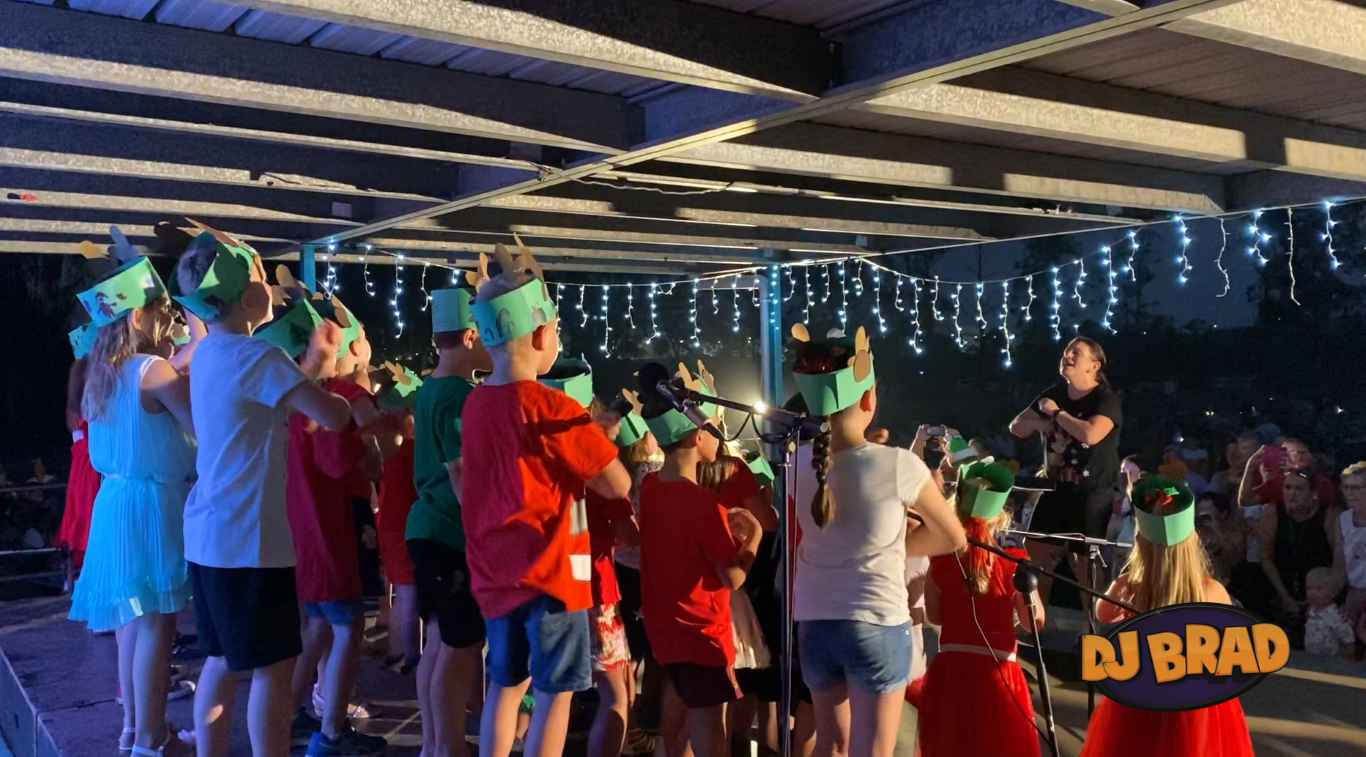 Well, it’s that time again – where I head on back to Strathpine West State School hosting their School Xmas Carol Night as DJ & MC and providing a number of Audio/AV Equipment for them.

This marks the 3rd time coming back, and man was it HOT.

Arriving on at 2:30pm, for a 5:30pm start, gave me plenty of time to setup all the Microphones, Speakers, Lights, Mixers Equipment… and a bunch of cabling running all over the stage to plug everything in together – presented a number of challenges already on arrival.

Due to the heat, we had Power Problems, so Energex had to come out and reset the power and fix up a few issues – and on top of that, just setting up in the heat was insane! It was so hot, I honestly dont know how I did it!! But the show must goes on as they say!

I went around and set up all the microphones – with about 8 of them in total to capture all of the singing from the kids, and also setting up some stage lighting as well so that during the evening everything could be seen for the parents.

Once again there was OVER 12 different classes scheduled on the night, each with different songs that needed to be programmed.

Normally we would of had the Fireworks to end the night, but because of the harsh bushfires going around, the school decided to go with a Laser Show which I provided some background music.

Thanks you so much for having me Strathpine West State School!
It was great to be back again, and i’ll be looking forward to 2020.